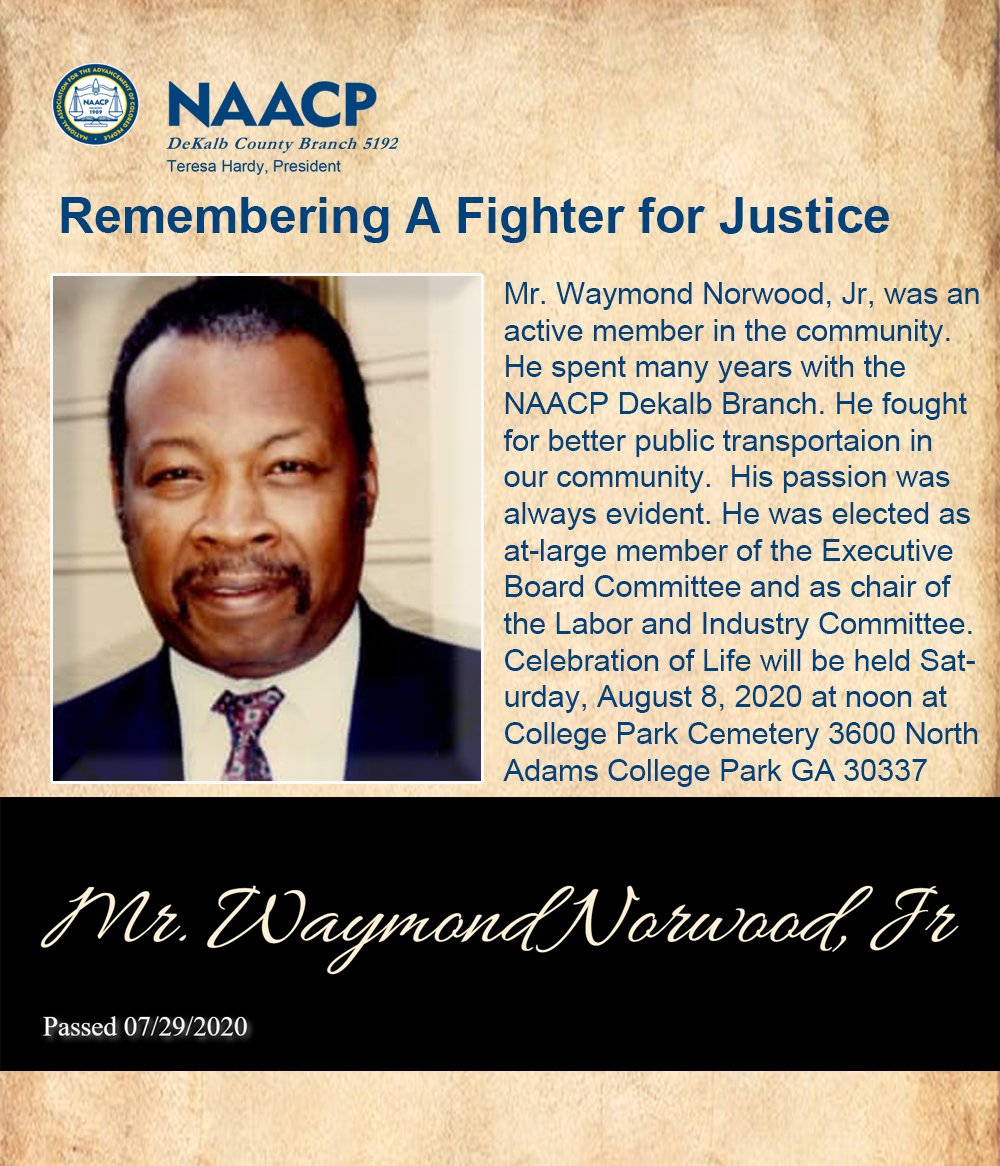 Waymond Norwood, Jr., worked as an electrical and electronics installer; an electrical checkout mechanic; logistic support analyst; and a flight line/test electrician. He represented Local Lodge IAM 709 as a delegate the Atlanta-North Georgia Labor Council, where he served on the Executive Committee, the Human Resource Committee, the Political Action Committee, and as Vice President. During his employment at Lockheed-Martin, he was elected to three terms of office on the Senior Negotiation Committee for Local Lodge 709. He served twenty-five years as a shop steward and three years as a shop committeeman. He retired on June 30, 2014.

He was also active in the community. He worked for the Atlanta Urban League on a demonstration project for the US Department of Labor. As project manager on a job that included rehabbing and bringing up to code housing for elderly and low income individuals, he worked with more than sixteen union journeymen to provide training and guidance to over 100 young men and women who were allowed to participate in the program for up to one year. Several of those individuals were accepted into union apprenticeship programs. He actively worked with several other community organizations, including the DeKalb NAACP. He was elected as at-large member of the Executive Board Committee and as chair of the Labor and Industry Committee. He was awarded Certificates of Accomplishment from Federal Mediation and Conciliation Services; service awards from The Urban League, Lockheed-Martin, DeKalb County CEO, Thurgood Marshall Award, Beecher Hills Elementary School, and many more. Last year, he received the Herbert H. Mabry Lifetime Achievement Award from Georgia AFL-CIO at its labor awards banquet. Douglas’ children and grandchildren were the pride of his life. He will be loved and missed but not forgotten.