Dekalb Coalition to Face Past Lynchings 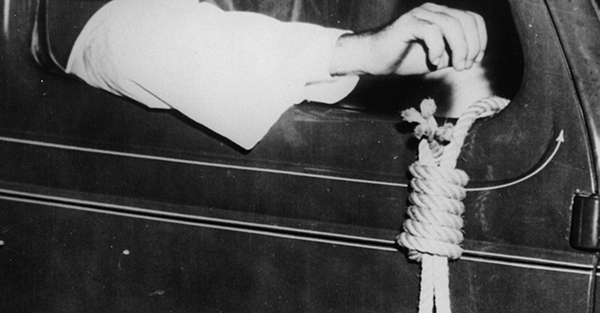 A coalition of more than 50 DeKalb County organizations and individuals, led by an ad hoc committee of the NAACP DeKalb County Branch, has been formed to answer the Equal Justice Initiative’s challenge to acknowledge local histories of lynching and commemorate its victims through the DeKalb Remembrance Project. The year-long public awareness campaign, already in progress, will culminate with a week of activities and the placement of a historical marker in September 2019.

Coalition members draw connections between Martin Luther King, Jr.’s belief in the possibility of a beloved community in which “a new relationship comes into being between the oppressed and the oppressor” and EJI’s guiding principle that truth and reconciliation must be sequential.

In spring 2019, the coalition will launch an essay contest focused on racial terrorism in today’s America. The contest will be open to DeKalb public high school students and graduates enrolled in DeKalb colleges and universities. Monetary awards will be distributed at the Unveiling Ceremony in September.

In September 2019, the coalition will coordinate a week of observance activities, including an academic symposium, an original theatrical production, a performance by Sweet Honey in the Rock, and the unveiling of the historical marker.

The initial coalition formed when the Equal Justice Initiative connected people who had visited the sites in Montgomery and expressed interest in placing a monument to victims of lynching in DeKalb County. If you are interested in joining the coalition or supporting this effort through organizing a day trip to Montgomery, volunteering with the DeKalb Remembrance Project, or donating to support the project, please visit the NAACP Dekalb website (www.naacpdekalb.org) or email naacpdek@comcast.net.

Time and date of activities will be announced soon.